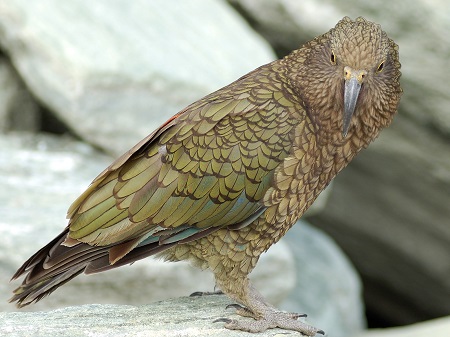 The outcome has been especially favourable for kea. The alpine parrot is an endangered species and vulnerable to predators. Their eggs are targeted by rats and stoats with possums known to enter nests and eat kea.

One of New Zealand’s most popular birds, kea, have a well-documented curiosity that is often to their detriment.

Given their inquisitive nature, kea are prone to investigate 1080 cereal bait used to control possums and rats.

While aerial pest operations are necessary to protect the health of our cattle and deer herds, they also provide biodiversity benefits by eliminating predators such as possums and stoats which threaten to decimate not just kea but all our native birds.

Zero Invasive Predators (ZIP) undertook the pest control work over a 2-year period and have reported kea numbers are flourishing again in the Perth Valley.

'Kea numbers are flourishing again in the Perth Valley with numbers believed to be around 160 compared to fewer than 20 before the aerial pest control initiative.'

ZIP carried out an initial experiment in kea habitat trialling techniques that involved placing tahr carcasses in alpine areas above the snow line beyond the reach of possums and rats. The carcasses are essentially a high protein feed for the curious kea.

Non-toxic bait was then spread on the ground next to the carcasses. This was coated with a high concentration repellent – anthraquinone. When kea started consuming this, they soon became sick and ultimately withdrew from eating the bait and instead scavenged on the nearby carcasses.

OSPRI Research Manager Richard Curtis has welcomed the trials and says the results are very encouraging.

'These kea mitigation sites were set up 2 months before the first 1080 drop in the Perth Valley and it’s been a delight to see Kea not take the bait after successive aerial pest operations.

'The next step is to trial this mitigation technique at sea level where there are large numbers of kea predators such as possums and stoats. ZIP have developed an alternative but similar aversion technique, where kea will be prompted to land in bird feeder boxes that are out of the reach of predators.

'These bird feeders will be positioned at around 1 per 1,000 hectares and surrounded by tahr carcasses to attract the kea to the site. When kea consume the non-toxic, anthraquinone-coated bait in the bird feeder it will make them sick, and they’ll learn to avoid the bait, including the 1080 toxic baits that will be dropped several months later during actual pest control operations.

'So, with effect, we’re training them not to be attracted to 1080 cereal baits that are intended for their predators, so it’s a win-win situation for kea and our pest control objectives,' says Richard.

We have several, critical control operations scheduled on the West Coast this year — at Ianthe, One One and the upper Whanganui River — and plans to use these kea mitigation techniques in all these operations if kea are known to be at the sites.