How is your farm set up for grazing?

In terms of NAIT, one registered location, though we manage two properties. The main farm we have a mix of R1s and R2s and rear calves. The leased grazing block is 2km away - as straight as the crow flies, but 8km by road.

Are there other animals on the leased block?

Yes, there are, and they belong to the landowner. He has a separate NAIT number for his herd while we use our NAIT number registered to the main farm. It’s essential you keep your herds separate at all times, this is a NAIT requirement and supports disease management.

How long have you been a grazier?

We have two different dairy farmers we deal with and one of them we’ve been involved with for about 10 years. Our operation is small, and generally, we graze around 120 dairy heifers at any one time.

We’re going to use a livestock reader (scanner) for winter grazing. In the past, we would normally receive an email from NAIT asking us to record and confirm that we have received animals. Now when the animals come on-farm, we intend scanning them as they come off the truck and with the Bluetooth connection to the phone app, we will be able to register a receiving movement directly into NAIT. Likewise, with those animals going off our block, we can now scan and confirm a sending movement in NAIT.

What about the animals you rear?
They go direct to slaughter or the saleyard so we’ve locked it in that they act on behalf of us for recording and confirming those required livestock movements, we just have to confirm the movements when we get the email.

Some farmers might question the wisdom of investing in a livestock reader for a small operation?

Well, try reading a NAIT tag without a tag reader in a race- it’s very difficult. We probably use it (tag reader) three times a year for tagging and scanning, but then you can use it too for weighing stock, which we do every six weeks. I’ve always been an advocate for RFID tags from back in the day. All stock, in my opinion, should be electronically tagged. It’s not just for animal health either. The consumer nowadays is very particular about the source of what they are eating and the idea of ‘farmgate to the plate’ is not just a slogan to me, it is tangible and real.

This is incredibly important, if you haven’t done it, get online and do it or get help. The M bovis situation has really brought it home to the wider pastoral sector I reckon. It’s unfortunate that when NAIT was introduced the regulatory bodies didn’t do enough to oversee and enforce the RFID tagging side of things. To be frank, I think they’ve been way too easy on farmers. The system isn’t perfect, but if everyone had been doing their NAIT in the first place, we might have been able to fence it off and stop M bovis spreading sooner. 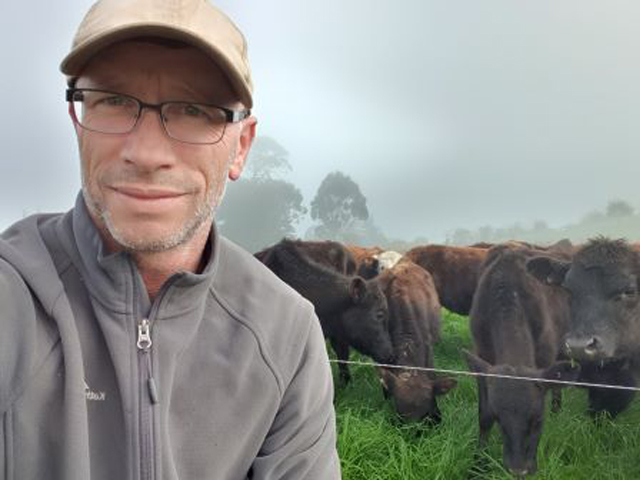