OSPRI’s new regional model is a ‘great opportunity’ for the organisation to connect and engage with farmers, says outgoing OSPRI board associate director, Dani Darke.

OSPRI invites an up-and-coming leader to be part of its board as a development opportunity each year, and for Dani it was all action from the outset.

The King Country farmer’s term saw the arrival of a new CE (Steve Stuart), the implementation of the organisation’s new strategy and regional model, the Hawke’s Bay TB outbreak, the Mycoplasma bovis response and changes to the NAIT Amendment Bill…

“There was certainly no shortage of issues or organisational activity, that’s for sure,” says Dani.

“I feel privileged to have been part of the board during that time. I have really loved the way the position is ‘full emersion’. Nothing was held back in the boardroom, or with the OSPRI leadership team – especially Steve who treated me just like any of the directors. This was awesome and gave me the confidence to contribute.

“Initially it took me a bit of time to trust that I was safe to ‘have a go’ and ask questions but I found that when I did voice my thoughts, they were useful to the board and that gave me confidence to do more.”

While Dani pointed to new animal traceability technology improvements to support the TBfree fight as an exciting future development, of more immediate benefit was the impact of OSPRI’s new regional model.

“It’s an important time; repositioning to be more regionally focussed will be a big part of OSPRI’s ongoing success. The people at OSPRI really care about farmers and contributing to New Zealand’s biodiversity and food safety systems.”

As far as Dani’s immediate future goes, she’s planning to continue on the governance track as a way to bring about positive change and highlight issues impacting rural communities.

“I’m passionate about contributing to the sustainability of rural communities so they can thrive. The picture is complex and whatever we can do to add value to New Zealand’s food production system will benefit all New Zealanders; OSPRI has a big part to play in that.” 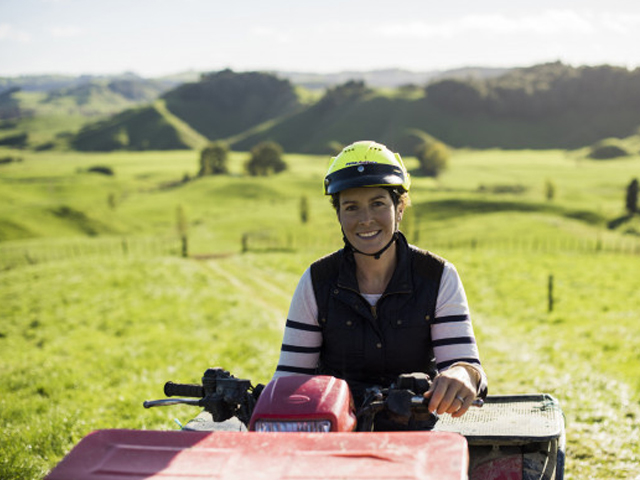