To manage disease, we are focusing more on using applied research to develop technology such as drones, thermal imaging cameras and artificial intelligence software (AI).

'We’re moving away from a traditional science-based approach. While this has served us well to date, we are now undertaking more field trials using technology to support short-term targets which include TB eradication in livestock by 2026,' says Richard Curtis, OSPRI’s Research Manager. 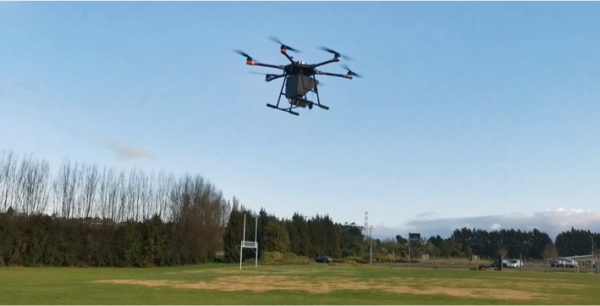 We are working closely with the Department of Conservation (DoC), Zero Invasive Predators (ZIP), PF2050 and technology companies to develop alternative possum control and monitoring.

This new approach to developing technologies is aimed at reducing operational costs for pest control and surveillance, and creating more efficiencies towards capturing the remaining 1 to 2 percent of possums in areas which have disease.

Dr Curtis described the new technologies they are trialing with partners as ground-breaking with the potential to be game-changing.

'Drone technology can help us reach those gnarly areas like steep ravines and gullies where infected possums are still at large, but we only require relatively small spot-treatments that don’t warrant putting a helicopter up. They can also be fitted with thermal imaging cameras for surveillance purposes pre- and post-operations,' says Dr Curtis.

Artificial intelligence software is developing rapidly, and we are exploring whether it is possible to identify individual animals based on their unique calls and count how the numbers of wildlife such as possums still present after a pest operation.

Another key development is the increase in TB surveillance of animal carcasses at meat processing plants.  It currently takes three months to confirm the presence or absence of TB in a granuloma sample from a suspect carcass, but using new disease diagnosis techniques, test results could be confirmed with 48 hours.

'We know that possums, rats and stoats are hugely detrimental to our native bird population. Removing these predators is now seen as the most important tool for bird conservation in New Zealand.'