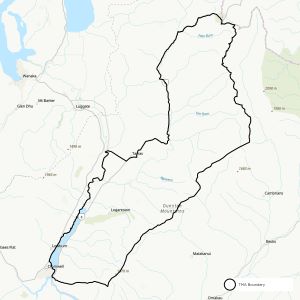 The Morven-Bendigo TMA covers 81,660ha and includes the western faces of the Dunstan Mountains near Cromwell and extends up the eastern side of the Lindis Pass highway to the Lindis Pass summit.

The habitat is a mixture of tussock and scrub together with improved farmland that supports both intensive and extensive farming.

History of TB and pest control in the Morven Bendigo TMA

TB was established in wildlife throughout the Morven-Bendigo TMA for many years. Ferrets and feral pigs are widely distributed and infection has been common. This led to frequent infections in herds.

We carried out ground-based possum control in:

We completed ferret surveys in:

There are currently no infected herds in the Morven-Bendigo TMA.

Dates and control methods for pest control operations in the Western Southland TMA are provisional and subject to change. If you’re affected by any upcoming operations, our pest control contractors will contact you before work begins. They will:

High Country Contracting Limited manage eradication activities in the Morven-Bendigo TMA. Contact them directly if you have feedback or questions about upcoming operations.